Showing posts from June, 2009
Show all

June 20, 2009
Thanks to GPS technology, we didn’t have any trouble finding the Mill Grove 5k race that I think was somewhere between Matthews and Mint Hill. The race took place in the lovely Shannamara neighborhood, which is adjoining The Divide Golf Course. It was an out-and-back course so it was nice to be able to finish by running down the long hill we ran to run up at the beginning of the race. It was a hot morning, probably somewhere around 80 to 85 degrees at race time, and there was some type of a logistical problem that caused the 5k to be delayed for about 30 minutes, until the 3k race, which had started earlier, was finishing. I’m not quite sure of the details, but it probably did affect race times a little bit since 30 more minutes of midsummer sunshine can heat things up pretty quickly. The hot temperatures did allow me to once and for all test out my X-Bionic shirt, which, according to the recent segment on the Fox Sports Network show called “Sports Science,” is supposed to keep your
Post a Comment
Read more

It would be our third race in about 24 hours, but Linda and I agreed that the biggest nighttime race in South Carolina, on a course filled with 21,000 luminaries, sounded like fun and a nice way to celebrate our 30th anniversary (it’s the 21st actually) so we decided to head down that way. Mitchell Rippy had mentioned to me at the Summer Breeze 5k Saturday morning that he and Bubba Anthony were heading down to the Candlelight Run that night. I’m not sure if he said Columbia or I just processed the information wrong, but I was ready to set sail for Columbia. The race directors had a block of rooms reserved at Embassy Suites at a special rate for runners, and luckily we called ahead for reservations just before we left town. The reservations clerk informed us we were heading for Greenville instead, which was a nice surprise since it’s actually closer to us. As we approached Greenville, a time and temperature sign along Interstate 85 rubbed in the fact that it was 95 degrees, but we fig
Post a Comment
Read more 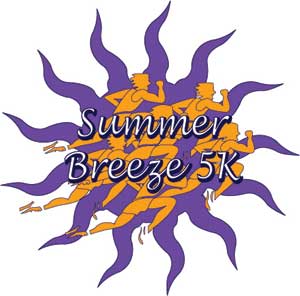 This one will go down as one of my all-time most memorable races. As you may know, I’ve been enjoying my new camera, taking pictures of the races to share in my blog. I figure a picture being worth a thousand words and all that, it’s nice to give people something to look at besides a barrage of words. If they were at the race they might get a picture of themselves, and if they were not at the race, they get some pictures of what they missed. So you get it, I like pictures. On this particular day though, the photography bug got the best of me. The women’s race began at 7:30 a.m., thirty minutes before the men’s race. That would allow me enough time to go to the finishing line, which was maybe 200 yards away from the starting line and take photos of some of the women as they finished, then get to the starting line in plenty of time for the men’s race. For some reason I lost track of the time, and when I looked up and saw that the finishing clock was past 30 minutes, I thought about the
Post a Comment
Read more

Miles of Mooresville is a new race series presented by Queen City Timing. The first one was last night (June 19, 2009) and there will be two more this summer that will be on the third Friday nights of July and August. There are three races on each night on the 1-mile course through downtown Mooresville: a 1-miler, a 2-miler (2 loops), and a 3-miler (3 loops). With the $18 registration fee you have the option of running either of the races or all three of them if you’d like. I noticed from the results of the first two races that 106 ran the 1-miler and 70 completed the 2-miler. We left during the 3-miler but there seemed to be probably between 50 and 70 in the final race. Since we were running the Summer Breeze 5k in Charlotte on Saturday morning, Linda and I both opted just to run the 1-miler and save a little juice for Saturday. The course was pretty flat and there aren’t many 1-mile races I would guess a lot of 1-mile PR times were set. It was my first 1-mile race and I finished in
Post a Comment
Read more

June 12, 2009
With a start time of 9:00 p.m., the biggest challenge I faced in this race was seeing where I was going. Not to worry though… it was a straight shot down Main Street in China Grove with no deviation onto side streets, then run around the cone and straight back to the finish. Once you get out of the main part of town (maybe a quarter mile or so) there are no more street lights, so the later it gets, the darker it gets, and on the way back up the course I found myself thinking that I’m glad it’s a straight shot on a good road because I literally couldn’t see where my feet were landing. It’s an extremely fast course due to the fact that turns do slow you down, and also there are no discernible hills, although you can sense a little rise and fall in elevation along the way. The overall winner, Ryan Woods of Boone, finished in a blistering 14:58, and I think a lot of PRs were set despite temperatures that were probably 10 degrees warmer than most morning races. I finished in 21:51, which
Post a Comment
Read more 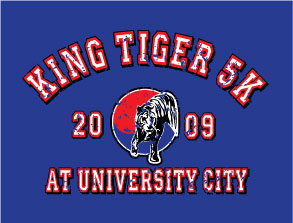 I’ll start with the important stuff… Got a new camera this week, which will enable me to take some photos for the blog at each race. The new one’s nice and small — a  Canon PowerShot SD780 IS Digital Elph  . It fits perfectly in the front pocket of my  RaceReady shorts  (in case you start wondering why I’m wearing the same shorts every week [actually I have two pairs]) and takes much better quality pictures than my old one, so if all goes well I’ll include a slideshow of race photos from each race like the one here. You can click and visit the Picasa page and download the original size photo if you see yourself or any other photos you want, and they’re all free. They’re probably not as nice as professional photos (unless I catch you just right) but the price is hard to beat. For anyone who’s interested in the  Run for Your Life Grand Prix , this was an eagerly anticipated race, being the fourth in the series and the first of only two double points races. Somebody told me before the r
3 comments
Read more
More posts