Showing posts from October, 2012
Show all

After spending a good portion of last week's half marathon run in Myrtle Beach sounding like I was coughing up a lung, I decided to maybe take a couple weeks off from racing and give my body some time to recover. I had already registered for the Spinx Half Marathon but was about 95% sure I wouldn't feel good enough to run it. I woke up Monday morning with the intention of taking Linda to the doctor to get checked out. After running the Myrtle Beach half she had taken a tumble after tripping over something while exiting the finishers corral and from her symptoms it seemed like she might have a rib fracture. The doctor agreed and for the next six to eight weeks she'll be out of commission as far as running is concerned. While we were at the doctor's office I decided to see if they could fit me in he could shed some light on why I've been coughing so much over the past month. The doc decided to do a spirometry (lung function test) and I wasn't able to complet
Post a Comment
Read more 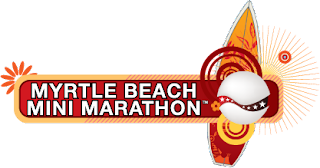 What a beautiful weekend for a race at the beach! With high temperatures in the mid-70s and zero percent chance of rain it was about as perfect as it could could be for the Myrtle Beach Mini Marathon (13.1 miles). Linda and I had planned on skipping this race and instead run next week's Spinx Half Marathon in Greenville, but a lot of our friends from the Gaston County Runners were going to the beach so we decided to head that way too. We all had a great time. The GCR is a fantastic group of supportive runners. It's not an organized running club and nobody's really in charge, but nobody has to be. We have several runs each week that are organized through Facebook and it's not unusual to have 20 or more runners come out. The race course for the Mini Marathon was a nice improvement over the course we ran two years ago. Instead of starting at the mostly abandoned original outlet mall in Myrtle Beach with a route that included a large bridge over the Intracoastal Wat
Post a Comment
Read more 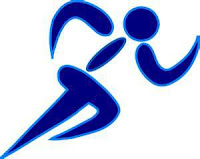 After a month of wandering around aimlessly from week to week and sleeping in on Saturday mornings (that part was actually kinda nice), today I ran my first race in a month and, surprisingly, I seem to still be intact. I had initially planned to also take this week off, then run a 5k next week and see how it went, but all week I felt pretty good and was able to step up my speed some so I decided to try out my hammy a week earlier. I don't know much about hamstring injuries other than people say they seem to hang on forever. I'm starting to get the idea about that. It first began with a kind of audible "pop" in my leg as I was doing speed work about three months ago, and since then it has flared up two more times -- once in a race and again at a speed work session. During all three of those flare-ups it's been hard to run afterwards for a few days but then I seem to be okay other than just enough dull pain to know it's still there. I've managed to keep
3 comments
Read more
More posts