Showing posts from May, 2012
Show all

This is my third consecutive year of running Alabama's premier 10k road race, the Cotton Row Run. With more than $10,000 in prize money it brings out some of the big boys, and this year's winner was Julius Koskei, a former US National 10,000 meter champion who defied the Alabama heat by running a 29:25.  I was stuck a little farther back in the pack but did manage to finish 2nd (or was it 3rd?) in the 60-64 age group. Seems like the same thing happened recently at another race (I can't remember which). At the awards ceremony I collected the 2nd place award, and as I write this I'm still listed as 2nd on the awards page, but in the age group listing I'm 3rd. I suspect there was a glitch of some sort and I'm actually supposed to be 3rd so I'll go with that.  This is one of the most spectacular 10k races you'll ever find, with the atmosphere feeling more like a marathon, with a large expo and lots of people. With the three races combined (10k, 5
Post a Comment
Read more 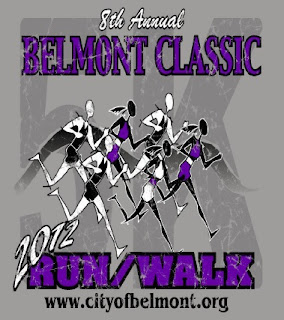 It's Monday morning as I write this so I need to keep it short and sweet in order to get back to my real-life job. For the past three years I've been running a Memorial Day race in Alabama (it'll be race #178) but before I leave town I like to run this one, which is always on the Saturday of Memorial Day Weekend. It's a good race just four or five miles from home and there are always lots of running friends there, which makes it more special. This is one of the few races I've run every year since I began running, and going back to check how I've progressed over that time could be a little troubling, but it's probably just a dose of reality setting in. At 60 years old I'm a little slower than I was at my peak. Actually the first year I ran it was my slowest time, but at that time I had just been running a few months and was still getting comfortable with racing and learning the basics. The following year (2010) was my fastest and each year since has b
Post a Comment
Read more 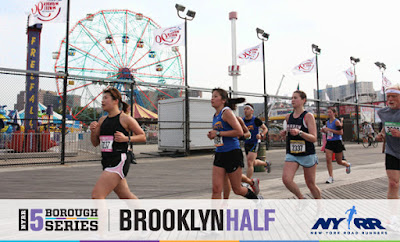 Going into what is one of the most popular races in possibly the most competitive running community in the world I knew I didn't have a chance to place in the top 3 in my age group, so my goal was to finish in the top 10. The New York Road Runners publishes what they call the "Honor Roll" in the big races for those who finish in the top 10 in their age groups. When I ran the Brooklyn Half in 2010 I finished in 7th place in the 55-59 age group and made the 2010 Honor Roll and hoped to do the same this year. I'm now in the 60-64 age group and you'd think it would be a lot easier, but in New York there's not really an easy age group. Add to that the fact that this year's race had more than twice as many finishers (14,168) than the 2010 race (7,015) and I knew it wouldn't be easy. The weather was just about as perfect as it could be with a temperature of 58 degrees and no wind. My daughter Nicole lives just a mile or so from Prospect Park, where the r
2 comments
Read more 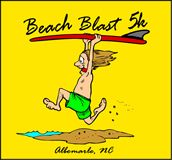 It's a little bit of a drive to Albemarle so we don't get over there as often as we would like, but it's always fun to run a Vac & Dash race. For the uninitiated, Vac & Dash is a store in downtown Albemarle that sells, you guessed it, vacuum cleaners and running gear. That may sound like an odd combination, and it really is, but thanks to owner Peter Asciutto's outgoing personality, ingenuity, and unique perspective on how to organize a race, Albemarle's running community is one of the largest and most enthusiastic you'll find anywhere.  Never mind the fact the Albemarle is a couple hundred miles from the beach. We're approaching summertime, which is beach season, so I'll just guess that's the reasoning behind the name. It's probably best not to try to over-think these things. After my less-than-stellar showing in last week's race I decided last Sunday that I needed to lose weight. Instead of Weight Watchers this time around
Post a Comment
Read more

The Power of Running

Being a glutton for punishment, I was elated to hear the alarm go off at 3 a.m. Saturday morning. It wasn't so much the early wake-up time -- I try to get up a 4 a.m. every morning anyway. The day's punishment that I eagerly anticipated was the 13.1 miles of hills at the New River Half Marathon. I ran this race last year and it was my slowest half marathon of the year out of 13 that I ran. I remembered that there were hills but I don't think I appreciated the magnitude of the hills. There are a couple of 300-foot climbs as well as a couple of 100-foot climbs, and since I do very little hill training the results are just about what you would expect. I've always been a proponent of the run/walk method and used to incorporate regular walk breaks in every race. Over the past couple years I've mostly stopped doing that, instead trying to run the entire race without any walk breaks, at least most of the time. This race is an exception to the rule though. Last year I wal
7 comments
Read more
More posts