Showing posts from August, 2010
Show all

August 28, 2010
Race #100 didn’t really feel a lot different than the first 99 except for the fact that I rolled out of bed a little more slowly after the clock went off at 4 a.m. I turned off the clock and didn’t feel the urgency of getting that hundredth race in before my self-imposed deadline of Labor Day Weekend, which will be my second anniversary as a runner. I turned over to just “rest my eyes” for another minute or two, or fifty-five as the case may be. When I woke up again the clock read 4:55, and I thought about it for a minute, then decided there’s still time to make the race. The choice was between the Greekfest 5k in Charlotte and the HCA Knights 5k in Hickory. We decided on Hickory since it’s smaller (375 finishers today as opposed to 900 in Charlotte) and Hickory is the town where I grew up and the place I still consider my home town even though I’ve been gone for 30 years. It’s still always fun for me to race in Hickory so I can keep an eye out for people I used to know. Not that I’ve
Post a Comment
Read more

The 99th race of my nearly-two-year running career turned out to be a battle of epic proportions between me and Steve Staley, if only in our own minds. I’ve said this before but it’s something that always amazes me about races. There’s only one overall winner and the great majority of us will never be the overall winner in a race, especially if we’re in our late fifties before we even get started, but underneath that upper echelon of runners are many more levels of competition, whether it’s a runner just competing against the clock, or maybe someone just trying to complete their first race, or in the case of me and Steve, two guys in the same age group (55-59) who are kind of on the competitive side. Steve is the patriarch of Charlotte’s First Family of Running. He and wife Kari have been at the top of their respective age groups for years, and their three kids, every one a top runner for their age, are following in their parents’ footsteps. In today’s race, all five family members pl
Post a Comment
Read more photo © 2010 Luiz Fernando Reis | more info (via: Wylio ) If you have a sneaking  SUSPICION  that I’m going to the  TROUBLE  of trying to fit in all of the Elvis song titles into this post that I can think of, forget it. First of all, it’s way  TOO MUCH  work.  IT HURTS ME  that some people have such  SUSPICIOUS MINDS , but  THAT’S ALL RIGHT . Early in the day I told Linda we would need to leave in plenty of time for the race since it was  WAY DOWN  in Albemarle, and she said, “If you  LOVE ME  you’ll let me take a nap before we leave. I said to her, “This is  ONE NIGHT  race I don’t want to miss.  RECONSIDER BABY . You can always take a nap tomorrow.” So she said to me, “ TOMORROW IS A LONG TIME , and  I JUST CAN’T HELP BELIEVING  that if I get a nap I won’t be  ALL SHOOK UP  during the race and I’ll be able to run better and maybe not take any walk breaks. I told her not to worry about it because “plenty of people walk, so  YOU’LL NEVER WALK ALONE .” I decided since I have such
Post a Comment
Read more 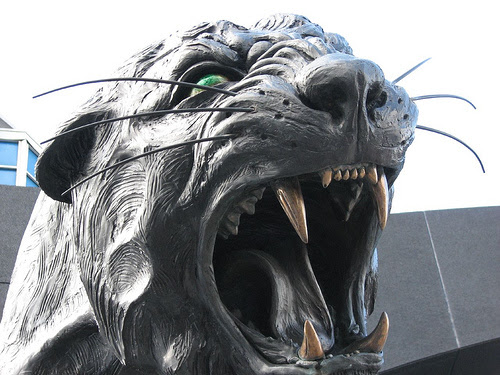 photo © 2008 Matt Trostle | more info (via: Wylio ) I’m back! After three of the longest weeks in recent memory I was able to get back out and race this weekend. My knee problem was diagnosed as being a combination of a tight IT band in combination with a weak quadriceps muscle in my right leg resulting in an imbalance in the musculature that caused my knee to get out of alignment sometimes as I was running, which caused enough pain to put me out for a while. Now I’m wearing a knee brace, stretching, and doing exercises to build up my quads and things are going well. I wore the brace today just to give my knee some stability in case I needed it. The knee felt great although the big decrease in miles over the past few weeks left my endurance a little on the shaky side, and I decided to take three 20-second walks — one in the 2nd mile and two in the 3rd mile. Nevertheless, my chip time of 21:48 (7:03 pace) was surprisingly not all that bad. In fact, it was only 7 seconds slower than l
Post a Comment
Read more
More posts