Showing posts from August, 2014
Show all

It's one of the oldest races in North Carolina, and The Great Waldensian Footrace sets itself apart from the crowd in a couple of ways: (1) With the race-day registration price (without a shirt) of just 6 bucks, it's by far the least expensive race I know of; and (2) it's the only race I know that gives awards 5-deep in 5-year age groups. I recently added another item on my race rating list to add or subtract points for unusual items like these and I'm adding 10 points for the unbelievable $6 race-day registration price and another 5 points for the 5-deep age group awards. I have mixed feelings about the age-group awards. It's kind of excessive to have so many awards for so few runners, but it does provide a way for runners who never get a chance to win an age group award the best chance of any race to walk away with a trophy -- and they're really nice trophies compared to those handed out in other races. I wish that the races with thousands of participants
Post a Comment
Read more 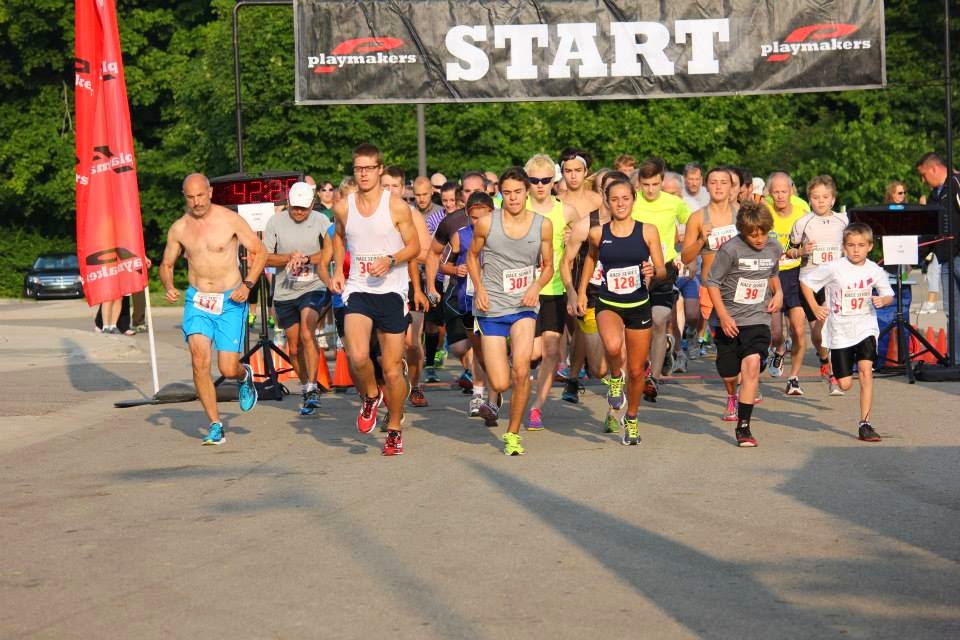 This is a photo of the start of the 5k (don't have a pic of the 10-miler start). My son Joe recently became an Anthropology professor at Michigan State University in East Lansing, so of course I picked a weekend to go and visit him when there would be a local race to run. I found this 10-miler just north of Lansing. It was a fairly small race but well organized and there were a lot of fast runners there. Usually when I run a race 700+ miles away from home I don't know anybody there, but my wife Linda ran and so did Joe, while Joe's fiancee Kandus took some great photos. In addition to that, my good running buddy Bob Nelson just happened to be in East Lansing for a wedding and he and his wife Patty decided to surprise us by showing up at the race! I couldn't believe my eyes when I saw them standing there as we approached the race site! Besides being a good friend Bob is also one of my biggest competitors, so I was kind of relieved when he told me he was running the 5
Post a Comment
Read more
More posts