Showing posts from November, 2008
Show all

November 27, 2008
In anticipation of eating too much later on, we decided to work it off in advance by running the 5k at the Lake Norman Turkey Trot in Huntersville. The weather was freezing — about 28 degrees when we arrived — and not much warmer at 8:00 a.m. when the races started. The three races (5k, 10k, and half marathon) started a few minutes apart and everybody ran the same the same route — one loop for the 5k, two loops for the 10k, and four loops for the half marathon. The race was run on the roads of a large office complex, and being Thanksgiving Day all of the offices were closed so there was no traffic to contend with, but there was also the absence of the great scenery you get in a lot of races with routes through historic neighborhoods and beatiful natural areas and that sort of thing. Click Here for Results of All Races (5k, 10k, and half marathon). After the race the food was pretty good — lots of bananas, Dunkin’ Donuts, Gatorade and bottled water — although some coffee or hot chocola
Post a Comment
Read more

What a great race this was: a 5k that preceded the Concord, North Carolina, Christmas parade, with about 15-20,000 onlookers as the racers ran the parade route. With a record low temperature of 13 degrees last night we were happy that the race started at 2:15 in the afternoon so the weather had warmed up to the low 40s, but that’s still cold for North Carolina this time of year. For the most part the spectators were waiting for the parade to begin so I can’t say they were exactly cheering but there was a smattering of applause and words of encouragement. At one point right in the middle of the city I was between two groups maybe 50 yards apart and as I ran through by myself I heard quite a few cheers, which was nice — definitely better than what I usually hear while I’m running down the street, whether racing or not. Click Here for Race Result s Linda and I both got 2nd place in our age division (55-59) and I ran my fastest time yet — 24:05 with negative splits for each mile (Mile
Post a Comment
Read more

November 15, 2008
We traveled south of the border (the South Carolina border that is) for the Springmaid Road Race. It started out as kind of a rainy day, which seems to be a recent trend, but there was no rain and a pleasant temperature of about 65 at race time. The 5k and 10k races started at the same spot at the same time. The first mile of the 5k route was mostly downhill, which was nice, but of course you gotta get back up to the same elevation eventually so the 2nd and 3rd miles took care of that with some big hills. Click here for race results. For Linda and I, it was our 10th race in the ten weeks that we have been running. There are certain things that remain the same from race to race but every race seems to have some unique elements of its own and we’ve enjoyed every one of them.   Click here to download any of the photos from the slideshow here or to view pics at normal size. There was a professional photographer at the race named Steve Mills and he has posted several hundred photos (much
Post a Comment
Read more 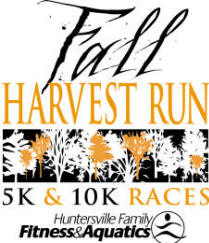 Since pictures seem to be in short supply for most of the races I decided to take my camera with me and get some photos of the Fall Harvest Run held at the Huntersville Family Fitness and Aquatics Center. I uploaded them to Picasa, which I’ve never used before, but I think anybody interested can download them for free. It’s just a miscellaneous bunch of photos of people from the race. Since I was in the 5k I didn’t get started taking pictures until after that, but a lot of people are included in the 92 pics. Click on the picture below to view all of them.   All of the fastest guys my age were in the 10k, thus opening up the door for me to sneak in 1st place in my age group (thanks fellas!). I also had my best time by just a few seconds — 25:27. At the beginning of the race I had set my Garmin 305 to finish in exactly 25 minutes. I ran the first mile in 7:19 but the pace was too much for me so I slowed down some, figuring a slower pace might be preferable to cardiac arrest. The food wa
Post a Comment
Read more 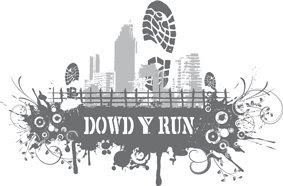 For some reason the Dowd Y Run didn’t seem like it would be too exciting but I didn’t find anything else close by we headed over there. I was completely wrong as usual. It was cold at race time but there was all kinds of excitement floating around. The races started with the Autobell Half Marathon and 700 runners, followed about 15 minutes later by the 5k race, which had 319 finishers. The 5k race went through the historic Dilworth section of Charlotte and the free food after the race was some of the best we’ve seen at any of the races yet, provided by several different Charlotte Restaurants. The T-shirts were the best we’ve seen yet — high quality long-sleeved black shirts with the design on the front showing the Charlotte skyline. It’s the same one on this blog entry and on the official race page here… http://www.ymcacharlotte.org/dowd/programs/specialprograms/y_run/y_run.aspx My chip time was 25:33, which was only 2 seconds off my fastest 5k time yet. I didn’t place but was happy w
Post a Comment
Read more 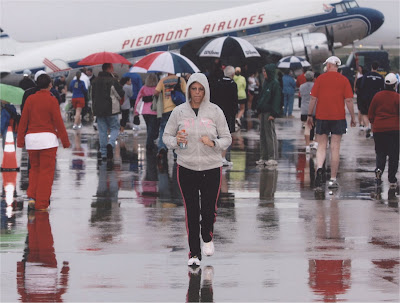 It was rainy early but the rain stopped in time for the race. Most of the course was on one of the runways so it was pretty much flat the entire way, which was fine by me. Linda and I both placed 3rd in our age division (55-59) and Mike Rucker (formerly of the Panthers) handed out trophies to all the winners and posed for photos with each winner, which was really a nice touch. There wasn’t enough food to go around, but other than that it was a great day at the races. “Treasured Events of Charlotte (click to visit)” has posted over 2,200 photos of the race on their website (that’s Linda walking towards the camera in the picture at the top). They did a fantastic job with the photography and got pictures of virtually everybody who was there. In the race ratings I gave the race an extra 9 points for the great photography, which is usually absent from 5k races unless you bring somebody with you to take pictures. Race Rating: 6 — 4/6 Number of Participants (4 for less than 100; 6
Post a Comment
Read more

The Susan G. Komen Race for the Cure is a huge race series to raise money in the battle against breast cancer. We skipped the one in Charlotte a couple weeks earlier and went to the smaller one in Hickory instead. The one in Charlotte had around 20,000 participants while this one probably had 1,000-2,000 (not all were runners). The race was fun and well organized, beginning at Lenoir Rhyne University and going through the northern part of Hickory. The medals were excellent (I placed 2nd in my age group). We were informed when we registered that the registration fee would be $10 less than stated because they were out of T-shirts, but after the race there was a table set up with T-shirts and they were giving them away (for free) to people who didn’t get them earlier. Guess they must have found some. Click here for the race website. Race Rating: 6 — 4/6 Number of Participants (4 for less than 100; 6 for 100 or more) 8 — 1-10 Awards (Quality of medals, trophies, etc.) (1 to 10) 8 — 1-10 A
Post a Comment
Read more

I grew up in Hickory, and the Hickory Oktoberfest is one of my favorite festivals to attend each year. I’m always looking for people I grew up with but since I’ve been gone for about 30 years now I not only don’t see anybody I know, if I did see somebody I knew I probably wouldn’t recognize them anyway. Oh well. The race started in downtown Hickory and went through Union Square and then through some neighborhoods on the west side of town. Nice scenery but quite a few hills, and the race ended at the top of a steep hill (I hate when that happens). The food seemed like kind of an afterthought. Looked like somebody stopped by the grocery store and picked up some cookies and stuff on the way to the race, but it was better than nothing. The awards for the age groups were kind of strange — a blue glass (like a tumbler) that said something about the race, but I’m not sure what to do with that. I would have preferred a medal or trophy or even a ribbon. Click here to visit the Hickory Oktobe
Post a Comment
Read more 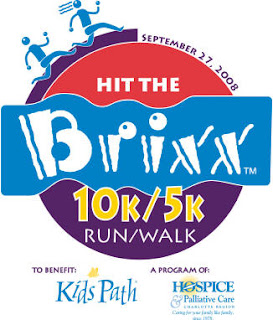 (Originally posted 11/05/08) Part of the Run for Your Life Grand Prix Series, the Hit the Brixx race was top notch all the way. The Brixx Pizza buffet was free for all runners and everything was great. I placed 3rd in my age group in the 5k and the medals were really nice as well. It was a little rainy throughout the 10k race but when the 5k started a half hour or so later it had stopped raining and it was pretty dry as we ran through a scenic route in downtown Charlotte. The one small drawback was that we had to pay several bucks to park in downtown Charlotte in one of the private parking lots, but I guess that’s to be expected downtown. Click here to visit the race site. Race Ratings: 6 — 4/6 Number of Participants (4 for less than 100; 6 for 100 or more) 8 — 1-10 Awards (Quality of medals, trophies, etc.) (1 to 10) 8 — 1-10 Awards Presentation (PA system, stating winning times, etc.) (1 to 10) 9 — 1-10 Food for Race Participants (1 to 10) 7 — 1-10 T-Shirts (1 to 10 with 5 b
Post a Comment
Read more
More posts