Showing posts from May, 2022
Show all

Oh wow... this was a disaster. With my first half marathon of the year coming up next week, I thought I should probably run a 10k since I've only done 5k races thus far this year. If these results are any indication, the half marathon will be a disaster, or at the very least I'll be over 2 hours for the first time in the past 119 half marathons. I'm not that concerned, and frankly, I'd like to get that streak behind me and start getting comfortable being over 2 hours in half marathons.  Other than my poor showing, the race was a lot of fun. I met up with my good friend and competitor, Bob Nelson, who finished a couple minutes ahead of me and won the 70-74 age group. The pizza after the race was great.  Race Name:  Hit the Brixx 10k/5k Location:  Charlotte, North Carolina Date:  May 21, 2022 Race Rating:  106 Top 10 (10k): Top 10 (5k): Course: My Garmin measured the course at 6.28 miles -- not enough to take off rating points but enough to put my pace over 9 minutes. The
Post a Comment
Read more

I had only run this race once before, back in 2016. It's a good one but kind of a long drive from home. This year it seemed like the best local option so a few other Gaston County running buddies and I made the trip and it was fun. My results were nothing to jump up and down about but I did manage to run my fastest 5k since turning 70 (25:51). It was the first time I was under 26 minutes this year so that's at least some minor improvement. The race's first half was almost flat, but the last half was filled with rolling hills. I didn't walk at all for 1.8 miles but once I took one walk break it started the pattern I'd like to get out of. I walked six times in the final 1.3 miles of the race. Definitely room for improvement. As is the case many times, the real highlight of the race was breakfast afterward with friends. Smith's Drugs in downtown Forest City is great. A 3-egg veggie omelet with toast and a bowl of fruit on the side was only $4.99, and coffee was ano
Post a Comment
Read more

Like last year, this race was again too long by around 0.15 miles. The new 5-mile race was also long by about a quarter of a mile. In addition, there were 5-year age groups, which is good, but they stopped at age 60, which is not so good. Even worse, when they gave out the awards for the 5k they gave awards for the 60-64 age group instead of 60-and-over, so anybody 65 or over was just completely ignored. I was actually 3rd among the 60-and-over runners, but 3rd place was awarded to a 62-year-old who was behind me. This happened for both male and female runners in the 5k, although in the 5-miler they were included. At 70 years old, I think there should be 5-year age groups up to 80-and-over. Does anybody ever wonder how much harder it is for a 70-year-old to run a race than it is for a 20-year-old? Fifty years makes quite a bit of difference. Despite those complaints, I still like the race. It's close to home and Goat Island is a great place for a 5k race. There was also a professio
Post a Comment
Read more 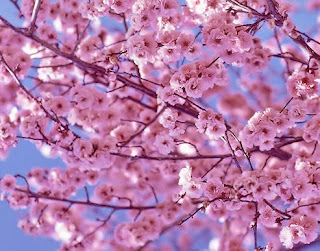